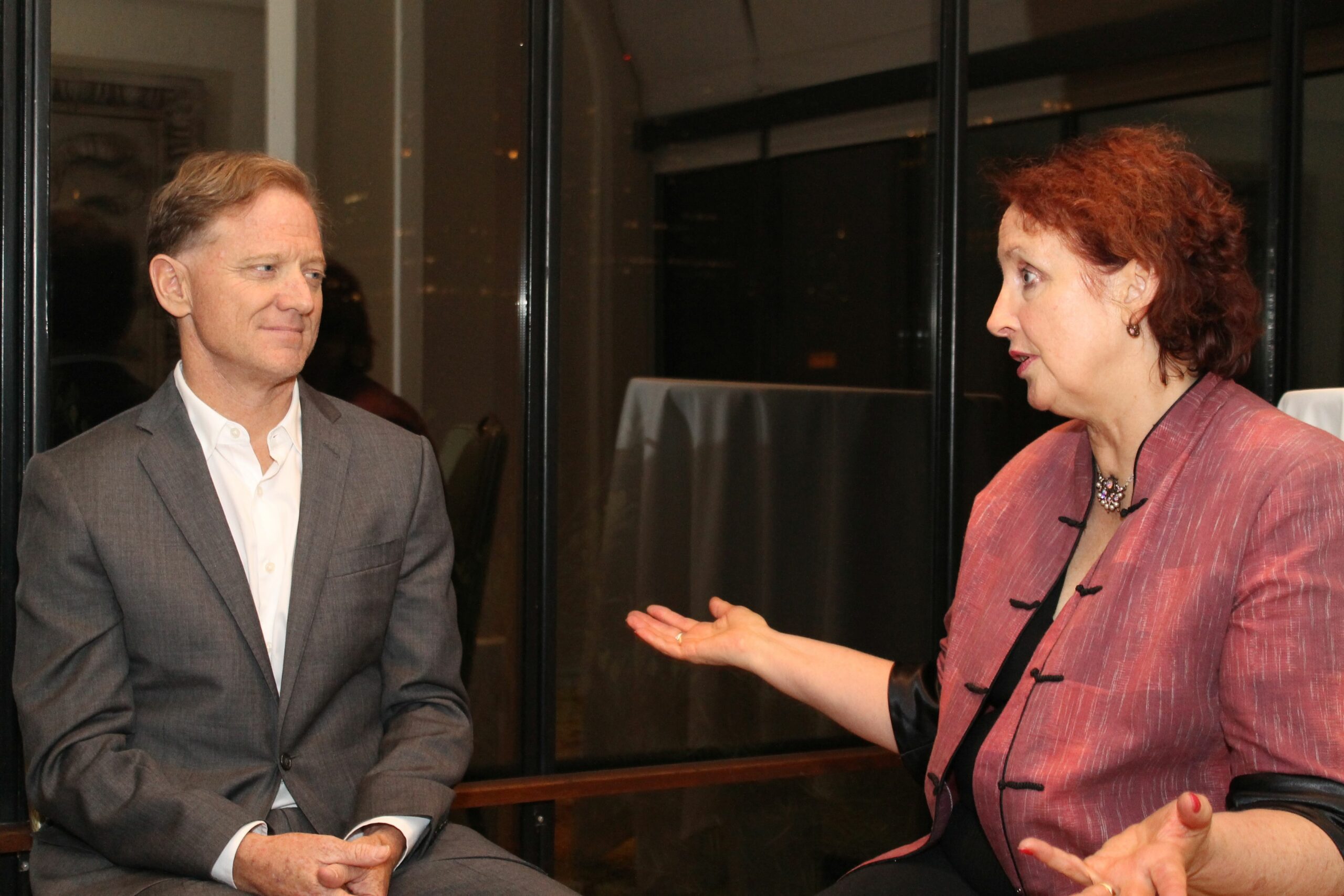 BIO: James Redford was born in New York City, the son of historian Lola Van Wagenen and actor/director Robert Redford. He grew up in New York, but spent summers in the Provo Canyon area of Utah, where his family also had a home. Redford received an undergraduate degree in creative writing and filmmaking from University of Colorado Boulder in 1985, and later received a master’s degree in English literature from Northwestern University. In 2005, he and his father Robert Redford cofounded the San Francisco based nonprofit called The Redford Center that produces films and helps filmmakers by providing them grant money. He was a screenwriter and director of movies & documentaries. Redford died from cancer of the bile ducts on October 16, 2020, at his home in Fairfax, California. He was 58 years old.

Pemo interviewed James Redford, CoFounder Redford Center @Investors Circle Forum 2013. James talks about his movie Watershed He made some brilliant documentaries on environmental issues. During the interview Pemo asked him for advice about storytelling for entrepreneurs.

Pemo Theodore is a Media Publisher and a great people connector. She was Founder Silicon Valley TV which has served the San Francisco Bay Area for 10 years! She has produced Silicon Valley Events for Investors & Startups for 10 years. Pemo loves to video interview venture capitalists & founders to engage the human behind the success stories.. She has been Executive Producer of FinTech Silicon Valley for 6 years, organizing twice monthly FinTech talks & panels in San Francisco & Palo Alto and audio podcasts. She believes in learning through a great discussion with experts in the domains. Pemo has a talent to bring the right people together and is an incredible networker. Pemo's events have been seen as supporting Venture Capitalists & Angels in sourcing great deal flow from startups who attend her events. Many founders have received funding through meeting investors at her events. Her favored medium is audio & visual media and she has built up a great body of work of videos of panels & interviews and podcasts in Silicon Valley startup ecosystem. She has lived & worked in Canada, Australia, Ireland, London, Northern Ireland, New Zealand & Silicon Valley. Bio https://pemo.one